A couple days ago we were up in Eastern Oregon hiking in the Wallowas and heard the wildfires were subdued and hiking in the Sierra Nevada would be possible. We spent a day driving from through Nevada to into California and slept in the car last night outside of Mammoth. This morning we did a few town chores in Mammoth including eating breakfast at Schatt’s Bakery and resupplying at the Groce Out(Grocery Outlet), my favorite of all chain supermarkets. We drove north to Twin Lakes, the northern terminus of the High Route stopping to eat burgers in Bridgeport. Our friends Mac and Paulina met us at Twin Lakes and will be joining us on the route. They, like us, have also hiked the first 2/3 of the route but much more recently, getting off trail just a couple weeks ago due to smoke from the wildfires. This afternoon I went for a quick swim in one of the Twin Lakes and since I’d been carrying a pair of goggles in the car I put those on to see under water. To my shock and pleasure I saw below the surface of the lake a school of hundreds of trout! I couldn’t believe it! There was a couple nearby who were just packing up their fishing rods and they said they’d been there for 3 hours without catching anything. Probably just using the wrong bait I guess. 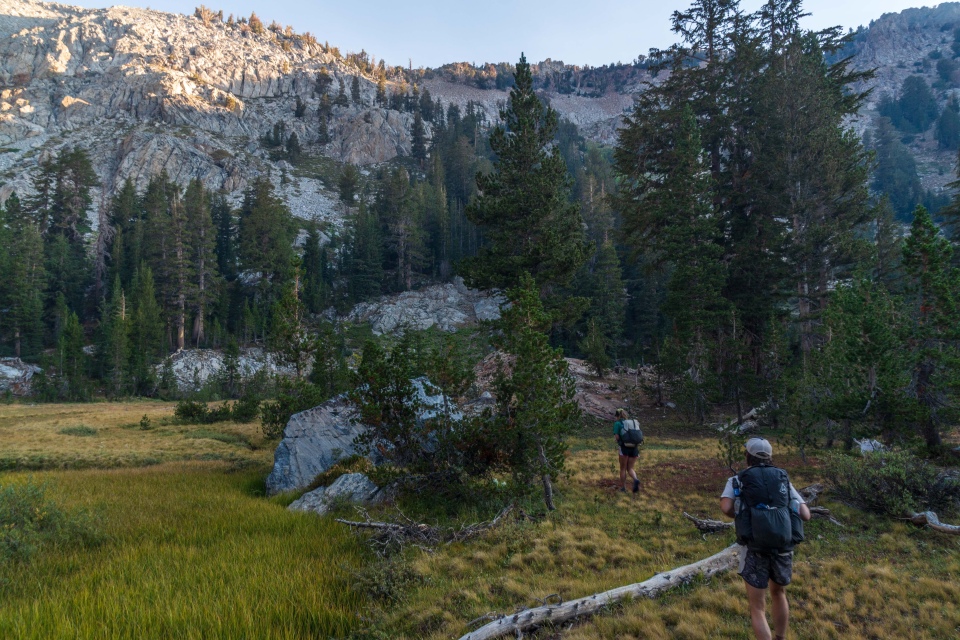 We parked our car at Mono Village at the end of the lake($15 for 7 days if you’re considering doing this), and the 4 of us got into Mac’s car and drove south to Red’s Meadow(free parking). Tonight we walked an easy and enjoyable 5 miles on the famous John Muir Trail then the Becks Lake Trail and found water and a campsite just after it got dark. The miles will be getting much harder but our plan is to take our time and tackle the 70 or so remaining miles over the next 5 days. 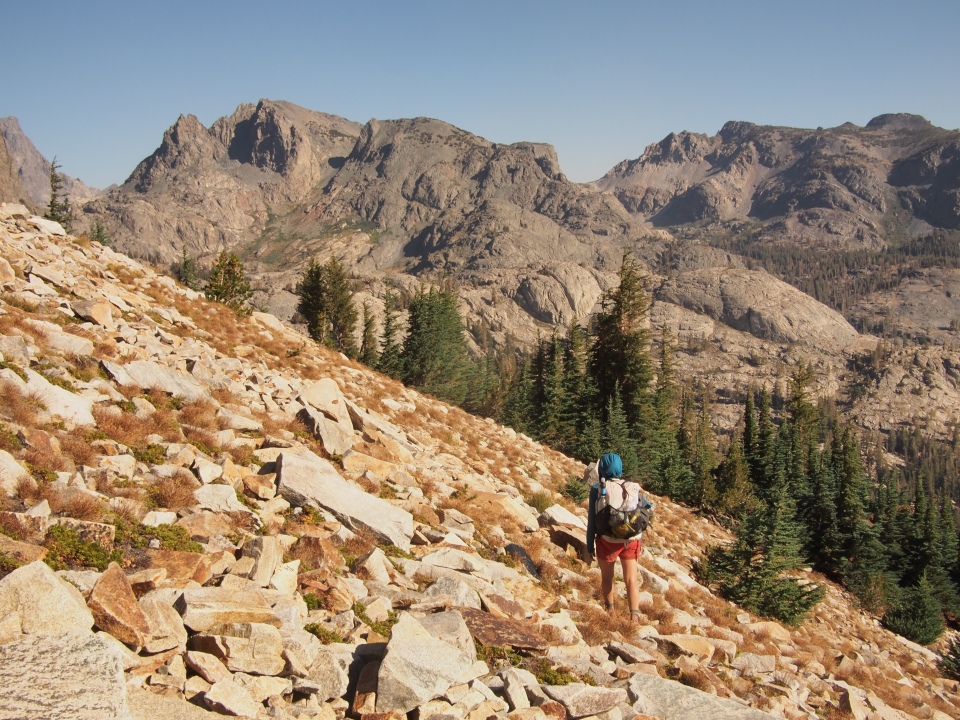 9/5/20…..16 miles
This morning we walked about two miles from our campsite on trail to just past Superior Lake. From here the High Route leaves the trail to the right and goes up over Nancy Pass. The problem is we didn’t know which part of this wall of mountains was actually Nancy Pass. Roper’s guidebook goes more into detail about a grove of hemlocks nearby than which way to go. Interesting stuff about the trees but still. 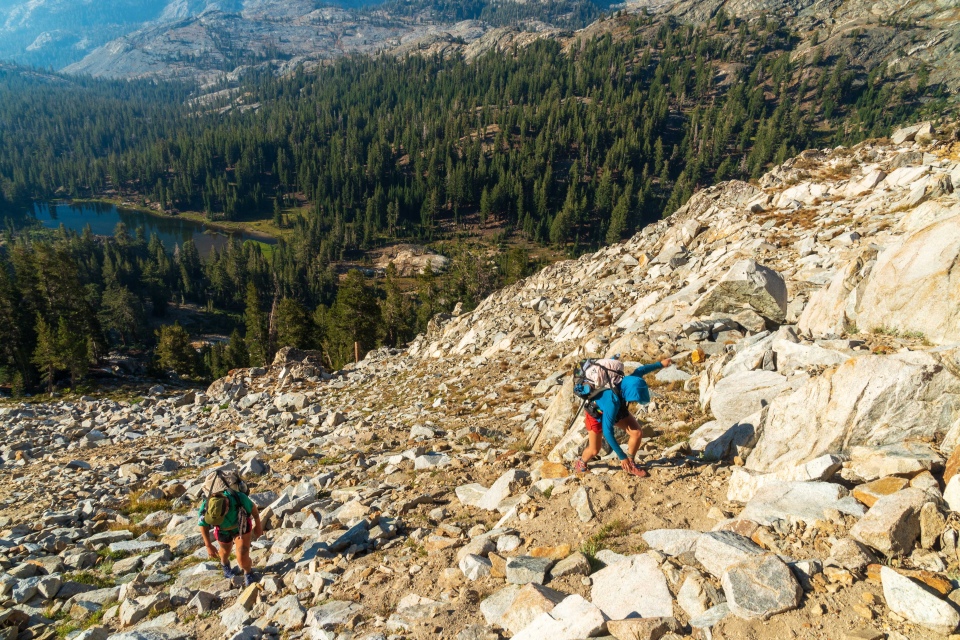 We think we figured it out and climbed a steep but manageable slope up to a pass that gave us incredible views of the Minarets to the north. Dropping down Nancy Pass, or perhaps not Nancy Pass, was a bit trickier. There was a good amount of steep loose scree and talus that we followed left and eventually made it up to a trail that led to Minaret Lake. This is a beautiful lake in the shadows of the dauntingly jagged Minaret peaks looming overhead and we all couldn’t resist going for a nice swim. I just regret leaving my goggles in the car because there was some big time fish in here. 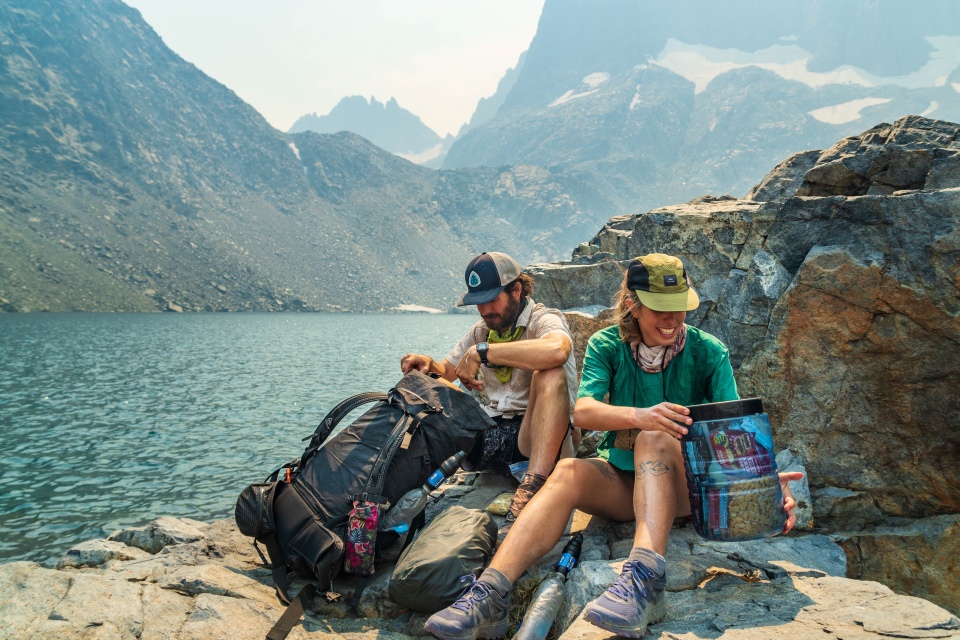 Leaving Minaret Lake there was a shift in the winds or something and it suddenly got very smoky. It went from a clear blue sky day to significant haze in a matter of minutes. We followed a use trail up for a short distance then veered off to the right across some talus to a band of cliffs. There was a narrow channel in the cliffs with a short but steep class 3 scramble that brought us up to Cecile Lake. I was able to locate the slot in the band of cliffs from a distance but if it wasn’t for Mac finding the correct climb I would have attempted a ridiculous route up the chute that was well beyond my comfort zone and probably ability. We walked on large talus around Cecile Lake to the outlet and then followed an adventurous use trail steeply down to Iceberg Lake where we ate lunch. Because of lack of sunlight this lake supposedly only thaws for 3-4 months of the year. I jumped in off a rock to see how cold it was and surprisingly not very.
As we were eating lunch we watched as a surprising amount of dark grey, purple, and orange smoke rose from behind the mountains to the south and overtook the sun. It became windy, chilly, and we could here rumblings of thunder. In a way it was very eerie and felt a bit like the 2017 solar eclipse. This wasn’t good. None of us had seen smoke quite like this from a wildfire before. We decided to pack up and start walking. Luckily if we had to get out of the mountains there was a bailout point coming up. Soon it seemed to go from bad to worse and we were in unanimous decision to bail. We followed the Shadow Lakes Trail to the Agnew Meadow Trailhead and then picked up the road back to Mac’s car at Red’s. Paulina was able to get messages on her GPS and from her friend we learned the Creek Fire started last night and rapidly spread to 35000 acres in a day causing a serious amount of smoke in the Mammoth area and a lot of California. 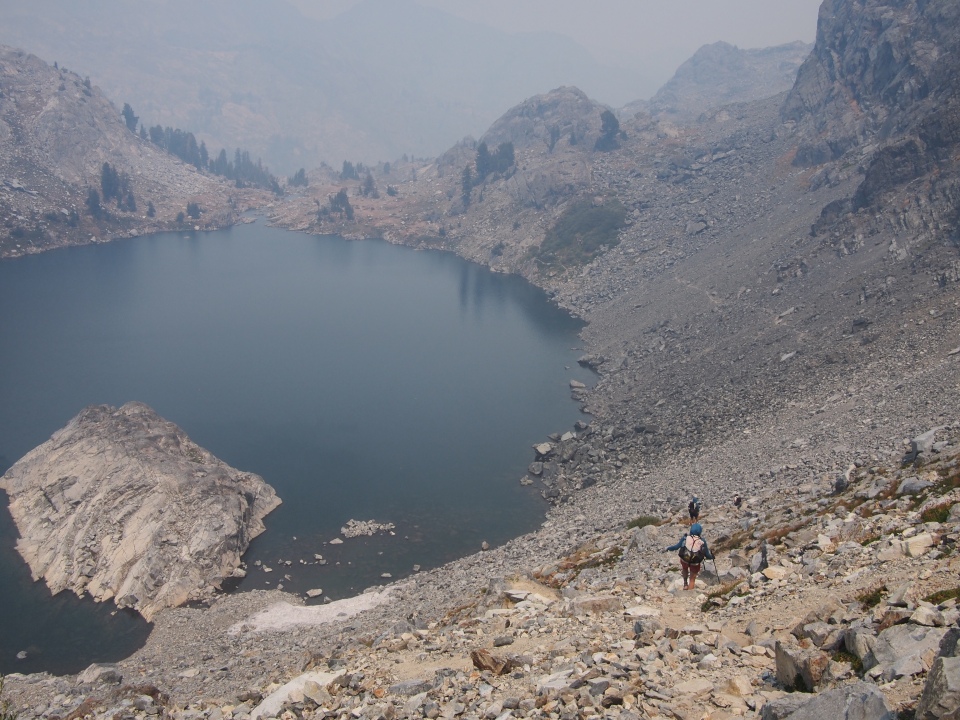 It’s never fun to bail off a route but safety first or third or something like that. Plus I want to be able to actually see the Sierra not just walk through it in a smoky haze. Place is awesome. Sara and I will be back to maybe do the SHR in 3 tries and I’m sure Mac and Paulina will too, hopefully all of us together. When we got down to Mammoth it was still wicked smoky and the holiday weekend had hotels jammed up. Camping would have been shit so we picked up our car at Twin Lakes and the 4 of us caravanned to Mac and Paulina’s place in Sacramento. On the way Mac saw a mountain lion on Monitor Pass and captured the footage on his dash cam. I’ve never been more jealous or enticed to buy a dash cam in my life.
The four of us spent the next day regrouping inside Mac and Paulina’s air conditioned Sacramento apartment while it was 110 degrees outside and hazy from wildfire smoke. 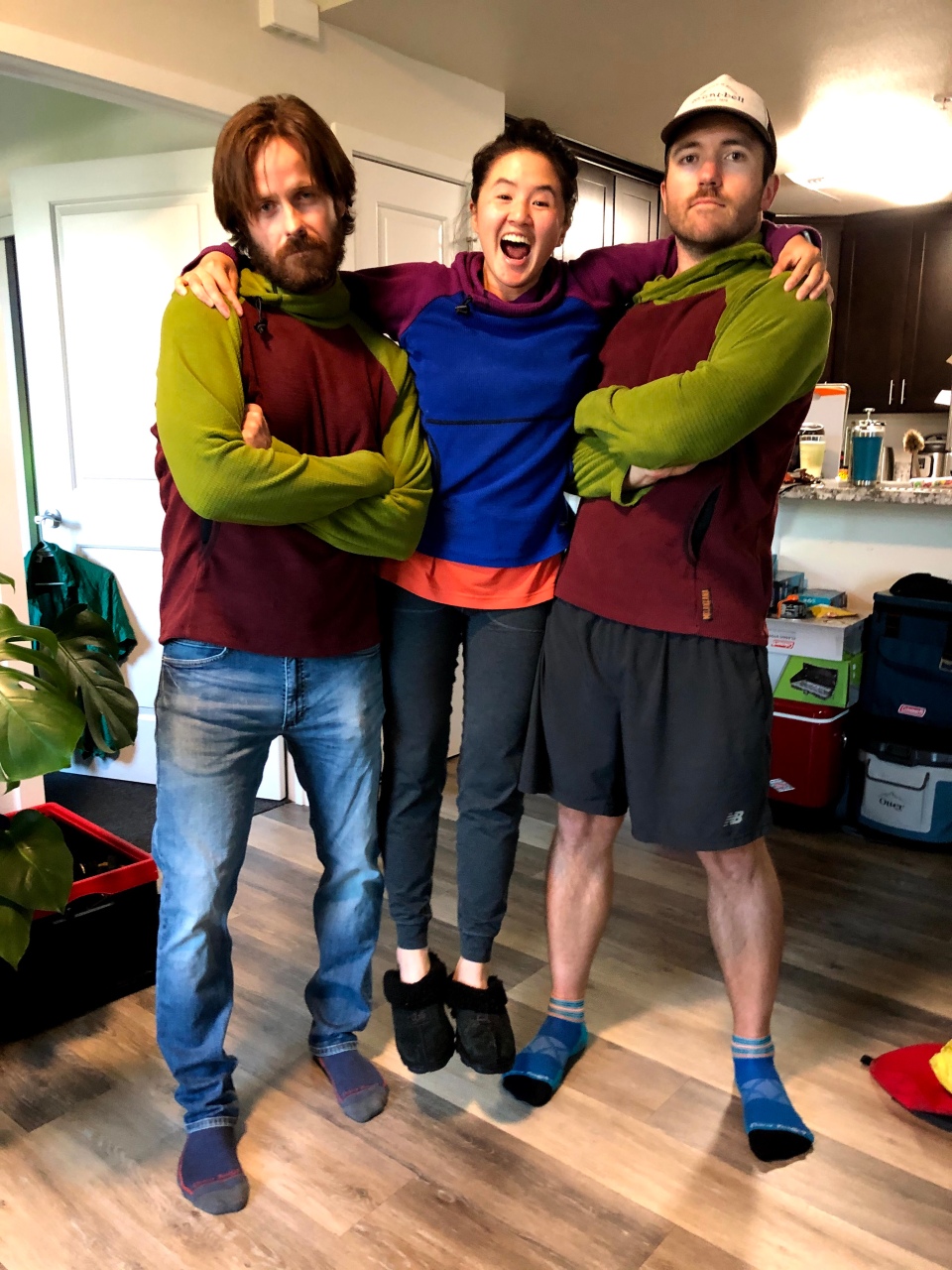 These pictures are all the work of either Sara, Mac, or Paulina. To see more of their stuff follow their insta’s @halfwayanyhere or @paulinadao. Mac keeps a real blog also, find it here: halfwayanywhere.com. These two have incredible adventures and are excellent sources for backcountry information.
Of course feel free to check out my insta or Sara’s for more pics. Or the same ones on a different medium. @sarahikes and @endlesspsummer.
2020 was the worst season on record for wildfires in the US and they’ve been increasing getting worse.

Posted on April 1, 2021 by endlesspsummer