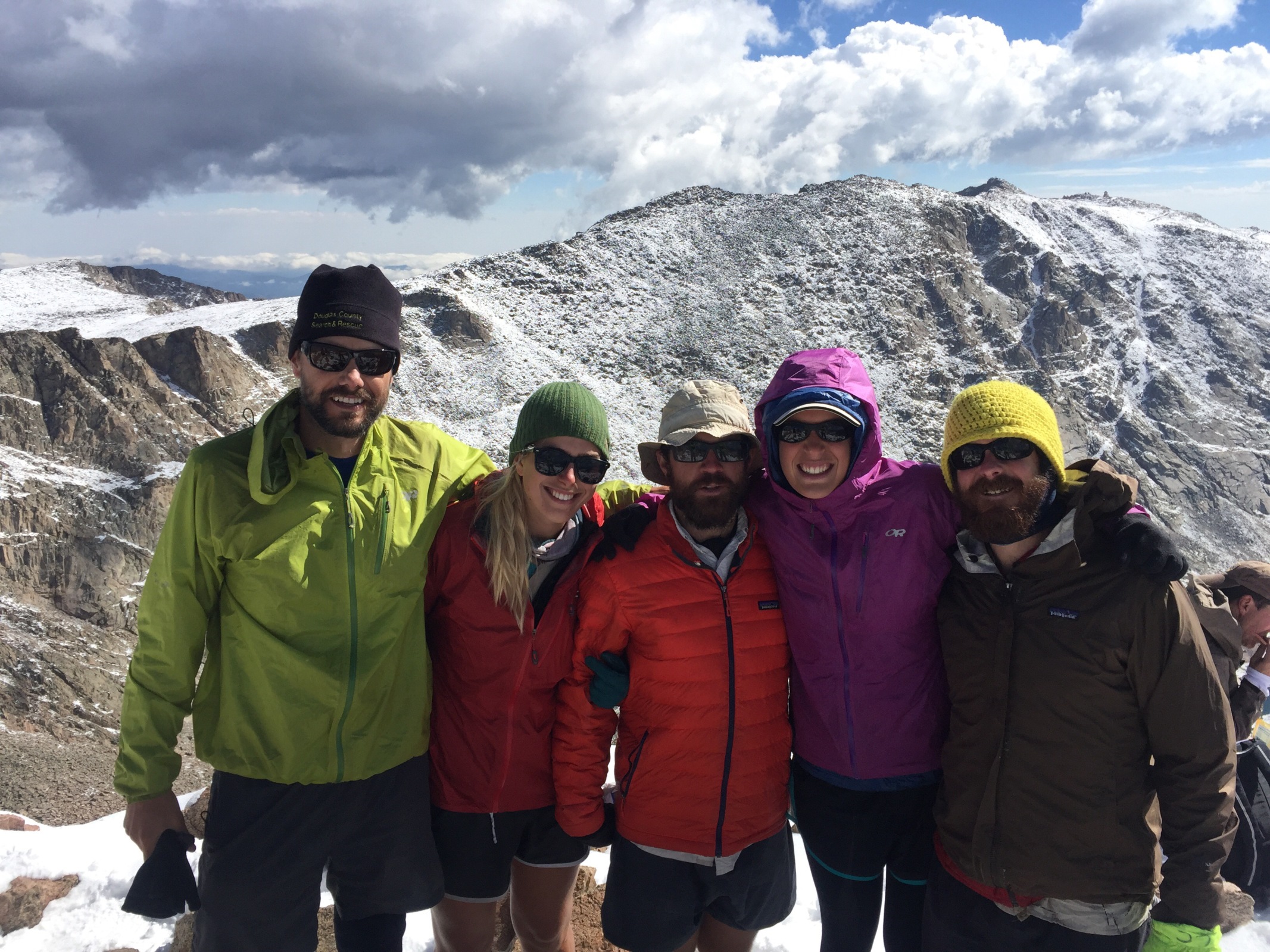 Oh hot damn! What a great month, I absolutely loved the Colorado Trail. Let me try to recap it here for all my gracious readers. On July 28th I started hiking SW from Waterton Canyon just outside of Denver and finished the trail August 21st in Durango, CO.

Before I get into the details of the trail itself I’ll tell you a little about this crew I was hiking with. I guess I’ll go in order of height.

Nomad is the tallest, and a Colorado native which was helpful. He’s a formidable, experienced hiker having thru hiked both the AT and PCT and who by far ate better than anyone else on trail. As knowledgeable as he is about the outdoors, Colorado, and cooking trail dinners he knew little about social media. So we got him interested in Instagram and by the end of the trail he was hooked like a teeny bopper. Find him there @dan.ferguson(his first.last name, how original). Everyone else is tied at 5’8″ so there’s no method to this madness.

BK aka Baby Eater, another native Coloradan, is a super strong hiker and has all kinds of info about the mountains here. He’s currently on a quest to hike the Colorado fourteeners, spread the word about Snowbank Brewing in Fort Collins, CO, stuff his face with pro bars and red vines, and he uses his engineering degree to fashion handmade spoons out of trash he finds in his pack. And according to his mom, he carries a pretty heavy pack. (Check out his blog here: ramblinram.com also his IG name @ramblinram).

Prickly Pear is either from Michigan or outer space and was our captain, because she carried the CT guidebook and wore a Garmin hat. She is probably the fastest and funniest hiker in our crew and also the most feral. There’s a chance she was raised by wolves, or at least in a cave. Other hikers took to calling her Prickly Pear last year on the PCT because of the way she came off to people and the name just stuck. #peardontcare. She really doesn’t, that’s also her name on the gram: @peardontcare.

Queen B is another formidable female hiker with over 5000 long distance miles on her feet. The B is a skilled, yet sometimes clumsy thru hiker and is also noticeably cleaner than most people who live in the woods. Not only can she rap the whole Hamilton soundtrack but can back it up with obscure facts about the early American politician. QB taught us all the words to Townes Van Zandt’s Tecumseh Valley. Her version was pretty good but she decided she wouldn’t sing it with us anymore because the rest of us kept butchering the tune. I disagree. Oh yeah, she takes great pics too. Check them out @sarahikes on Instagram.

The 5 of us met last year on the PCT and all hiked together for different periods of time. On the CT however we stuck together the whole time and then some. We had lots of fun and really got along well. It was very enjoyable for me to be hiking in a group again after doing the AT as a mostly solo mission earlier this year.

In all, the CT is something like 484 miles, with an average altitude over 10,000 feet and lots of miles above treeline. It is pound for pound the most scenic long trail I’ve hiked. If that makes any sense. I won’t say that it was easy but the tread is pretty smooth, the climbs aren’t too vicious and it’s well marked. A relaxing 20-25 mile a day pace is very doable on this trail. And the scenery is absolutely spectacular. Everytime I turned a corner or hiked over a pass, a whole new world of mountains presented itself.

There really wasn’t any drawbacks to this trail but the biggest challenge we faced was weather. And we saw all kinds of it: rain, hail, snow, corn snow, and graupel(you might have to google that one). According to the natives(BK and Nomad) there’s a chance of a thunderstorm everyday in CO. Fortunately we were all successful in dodging  lightning bolts, but sometimes we had to take preventative measures. If we were about to go up a pass and the skies weren’t at least as bright as my future we would have to consider hunkering down for a little bit. Once, when we had miles of trail above treeline in all directions we got caught in a massive hailstorm. We ran and dove and crammed into a little voidspace in a 6 foot high shrub that smelled like farts. For about 45 minutes the hail still pelted us and everyone besides the Pear got pretty wet and cold, but it was more fun than it sounds. Other times when quick storms came on we threw up the biggest tent, all got in and read each other ‘the Wizard of Oz'(Spoiler alert: the book is way different than the movie).

I also saw lots of wildlife out there. A couple different herds of sheep(wild mountain sheep and also domestic sheep up there grazing), a bunch of moose, deer, coyotes and I had a red fox walk right up to within a few feet of me. This is the primary reason I carry a tennis ball with me, to play fetch with wild fox, coyotes and wolves. Just kidding, but seriously.

We stopped in half a dozen different towns throughout the trail; Breckinridge,  Leadville, Salida, Lake City, and Silverton. The mountain towns in Colorado were fun and the people there were cool and good to us. We had to get into town every 4 or 5 days mainly to see how many medals the US had won.

In all seriousness I loved this trail and recommend it to anyone who thinks they can do it. I’ll definitely hike it again someday.

Once we got to Durango the adventure wasn’t over. We had talked for awhile about renting a car and going on a little victory lap to see some of SW Colorado’s beautiful places. BK rented the car and was the driver while the Pear DJ’ed. (I thought she did a good job but apparently if Nomad heard Tom Jones’ ‘What’s new Pussycat’one more time he promised to jump out of a moving vehicle). The road trip was sweet! We went to Mesa Verde NP(a world heritage site that I highly recommend), Telluride and Bridal Veil Falls, Orvis hot springs in Ouray, The Black Canyon of Gunnison NP, Hanging Lake and Sprout Rock in Glenwood Springs and on our last day we climbed Mt. Bierstadt covered in snow at 14,065 feet. It was awesome. We ate dinner and ice cream together in Denver last night and then began going our separate ways.

Nomad put up me and QB last night at his place and this morning I caught up with my buddy Big Cheese from the PCT, who just relocated to Denver(he got so fit last year they started calling him Little Cheese). Anyway he gave me a ride to the airport where I’m catching a plane to Seattle. I’ll be meeting up with some of my friends from last year’s hike; Schemes, S+M, and Tami and the plan is to get on the PCT at Steven’s Pass in Washington and hike north about 180 miles to the Canadian border. Last year I hiked almost 2500 miles of this trail and when I got to Steven’s Pass it was closed because of wildfires so we hitched around to the monument. I’d really like to finish the trail this year so wish me luck, that way I’ll know if you read the whole blog post. Anyway if you’d like to see pictures of these adventures, feel free to follow me on Instagram @endlesspsummer. 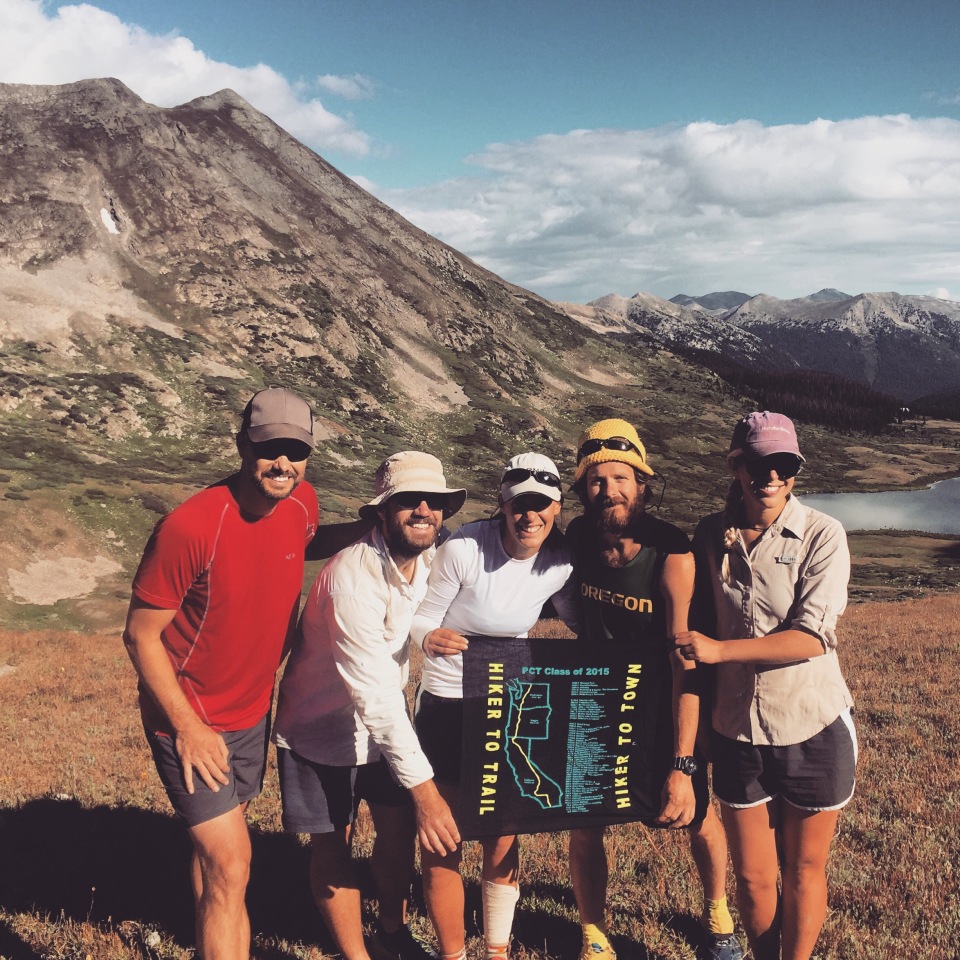 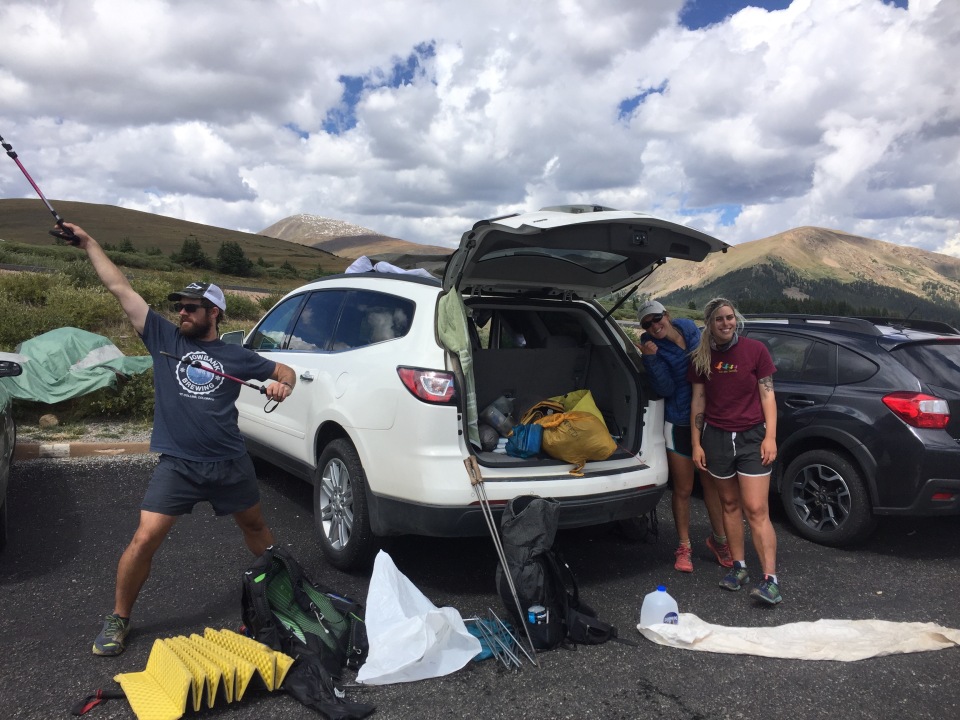 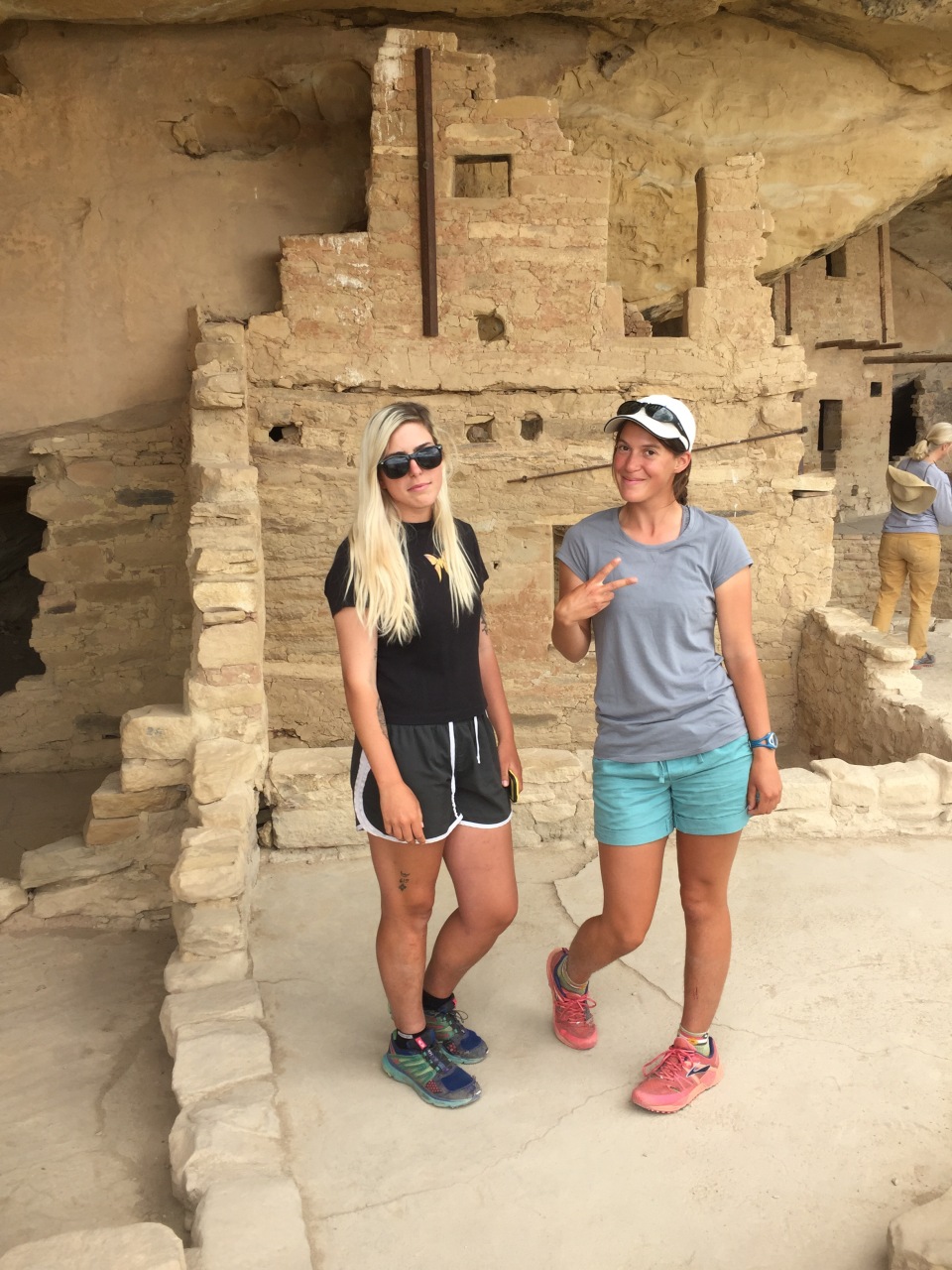 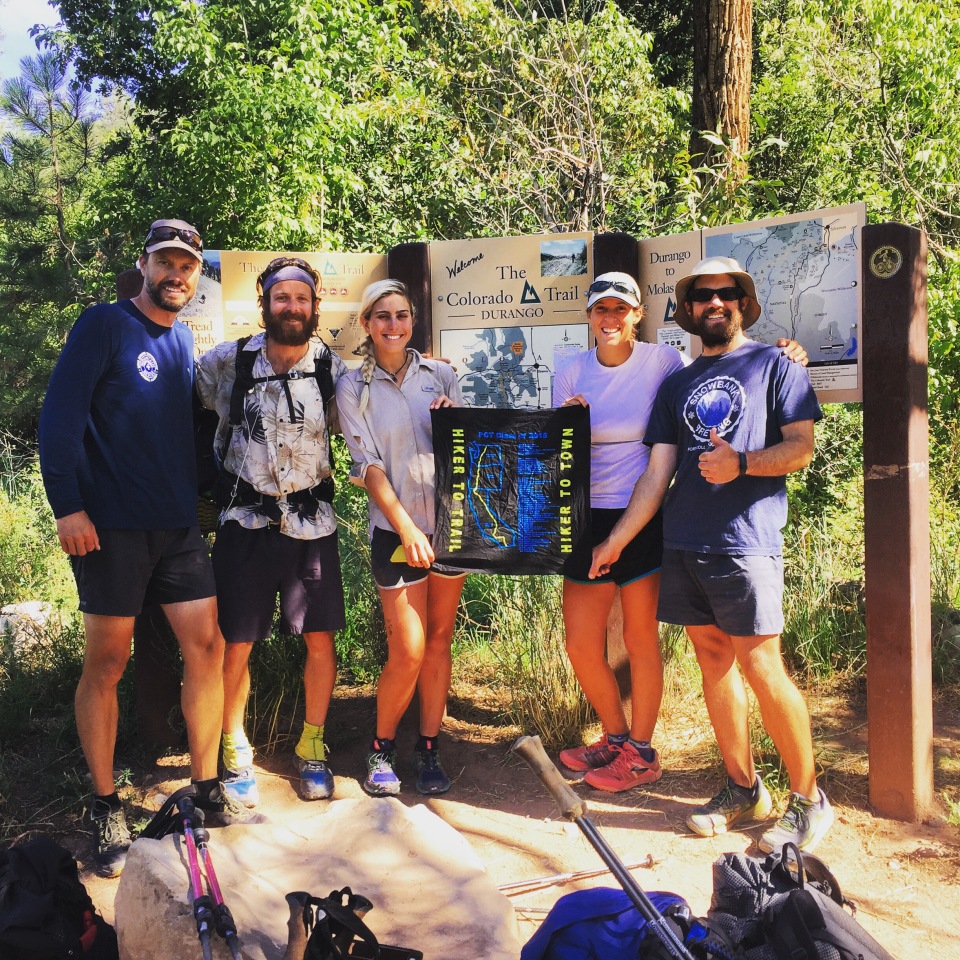 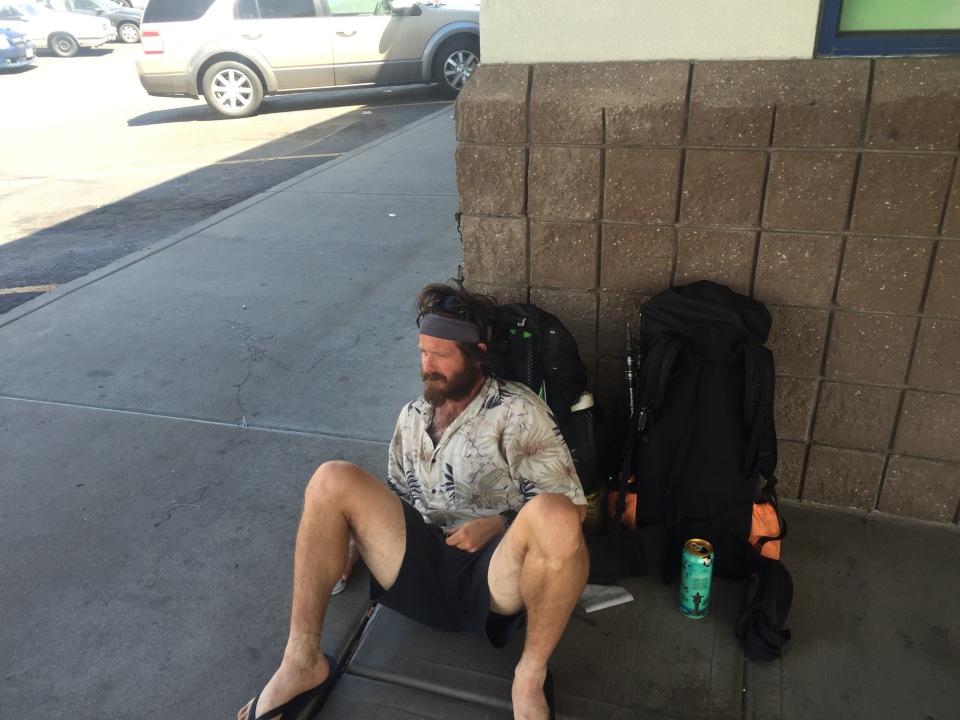 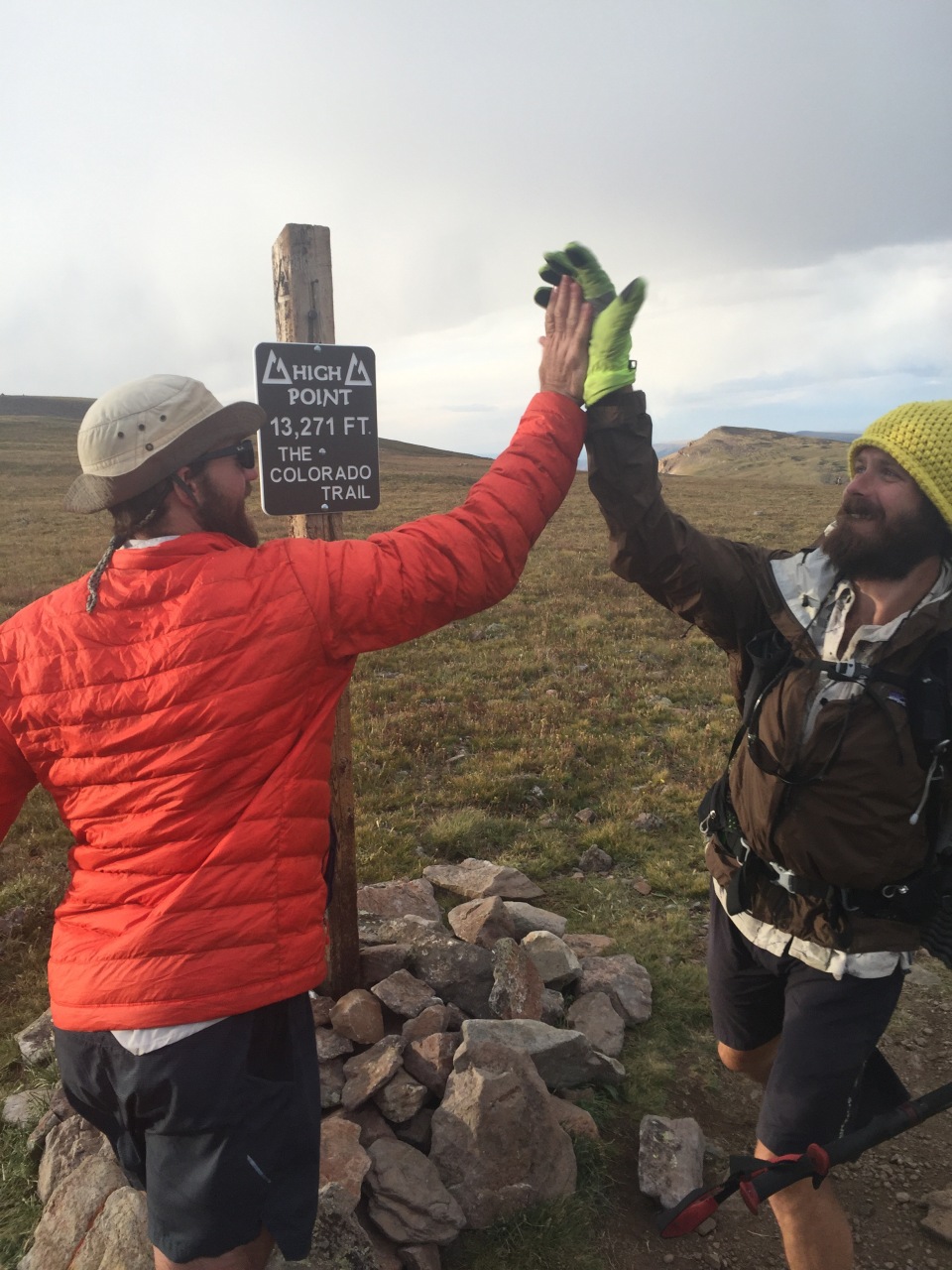 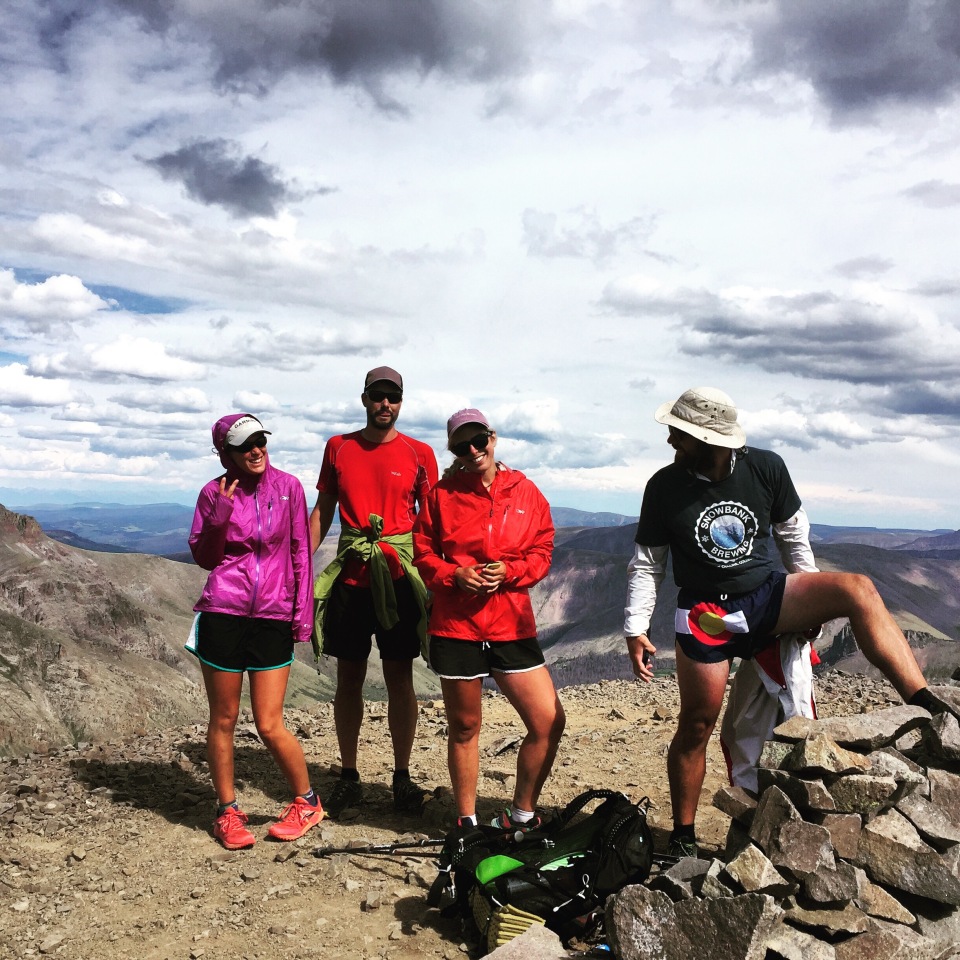