Armed with only a pocket knife, trekking poles and my camera phone I’ve spent the last couple hundred miles hunting Bigfoot in his own backyard. Just kidding, but seriously. I’ve yet to see Bigfoot but the hiking’s been really good.

S+M, Schemes and I were looking to take a little break for the 4th and everything on trail was all booked up. We ended up hitching down to Sacramento and staying with S+M’s friends Angie and Liza. We spent 4 days there and it was really cool. We checked out the city, chilled out by a pool, and went to their annual 4th of July party. Their hospitality was above and beyond. They took in 3 stinky hikers for days, it was probably similar to taking in feral animals. Oh yeah and Angie is the bomb in the kitchen, I don’t know if people still use that expression but let’s just say she knows what she’s doing and I ate well. Liza made life really easy for us by giving up half her day off and driving us back to the trail. Thanks girls.

When I first got back on trail it was steep and hot and almost like starting over. I got over that quickly though and was crushing miles by the end of the day. I hit the midpoint of the trail on 7/7 and it was pretty much just high fives all around. Shortly after the midpoint S+M decided to take some time off from the trail and my crew is down to Schemes and myself. From time to time I still meet new faces and since we dropped back 4 days I’m running into a good amount of people I haven’t seen for awhile. So that’s cool. And We’re slaying miles, which is fun. We got poured on for about 3 days and that was a new experience. I’ve been lucky enough to have great weather for most of my trip. After cowboy camping for the majority of the hike I started setting up my tent again. The mosquitoes aren’t all that cool, and when I’m cowboy camping they start buzzing around my ears at 4 in the morning driving me bat shit crazy before I realize what’s going on.

I’ve hiked through some amazing places and stopped at some cool towns lately. Lassen National Park is underrated, I hadn’t even heard of it before I started my hike. It had a geyser and a boiling lake and the volcano is probably going to erupt any day now. We stopped at Drakesbad Resort for lunch and it was well worth it. After I polished off all their day-olds I pigged out at their delicious lunch buffet. Hat Creek Rim kinda gets a bum rap also. There’s all kinds of warnings about it being super dry and you need to carry buku water. This wasn’t the case for us. It was pouring but we hiked through the storm and were rewarded with an awesome sunset. Subway cave in Old Station was worth checking out as well as the falls at Burney Falls State Park. Around mile 1409 I came across some of the best and most unexpected trail magic of the hike. I’ll spare the details but it was legit. Nicely done Randy and Kathy.

I feel like I’m really making progress out here. Soon I’ll be out of California and I have every intention of demolishing the trail once I get into Oregon. If you like what you read here feel free to share and also if you’d like to see more pictures follow me on the gram @endlesspsummer. 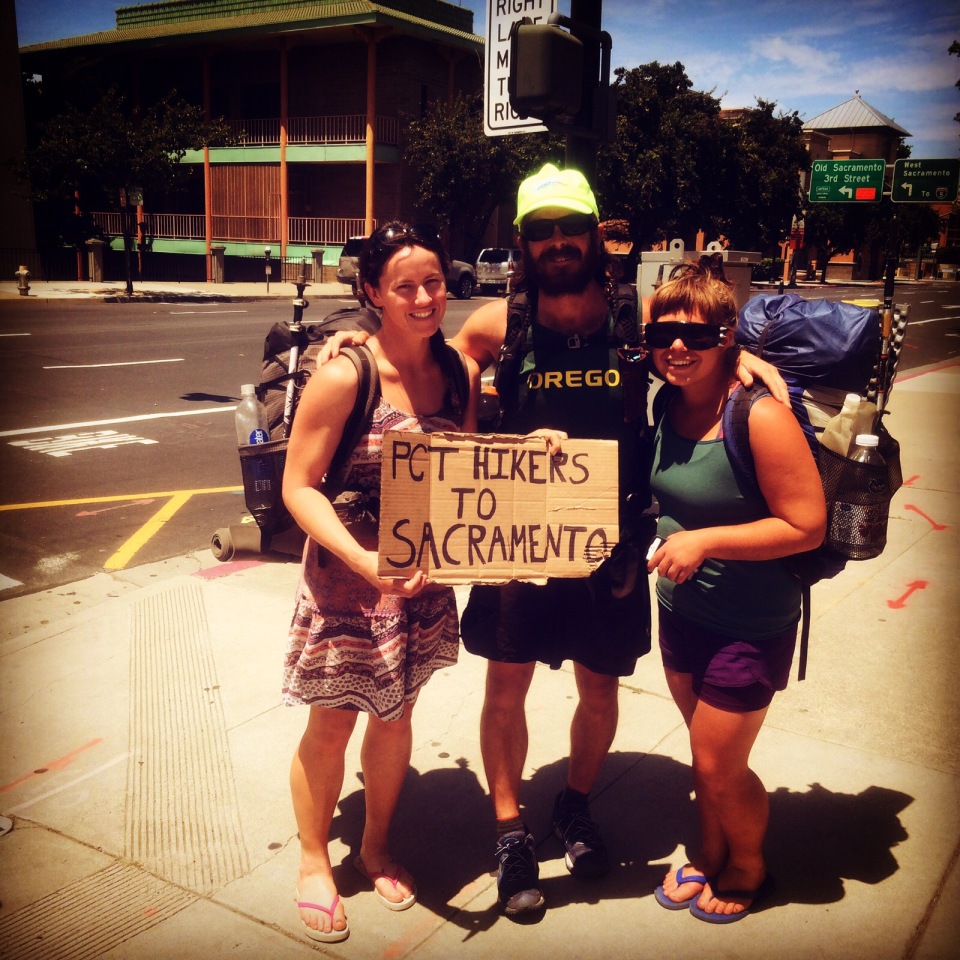 Schemes, myself, and S+M 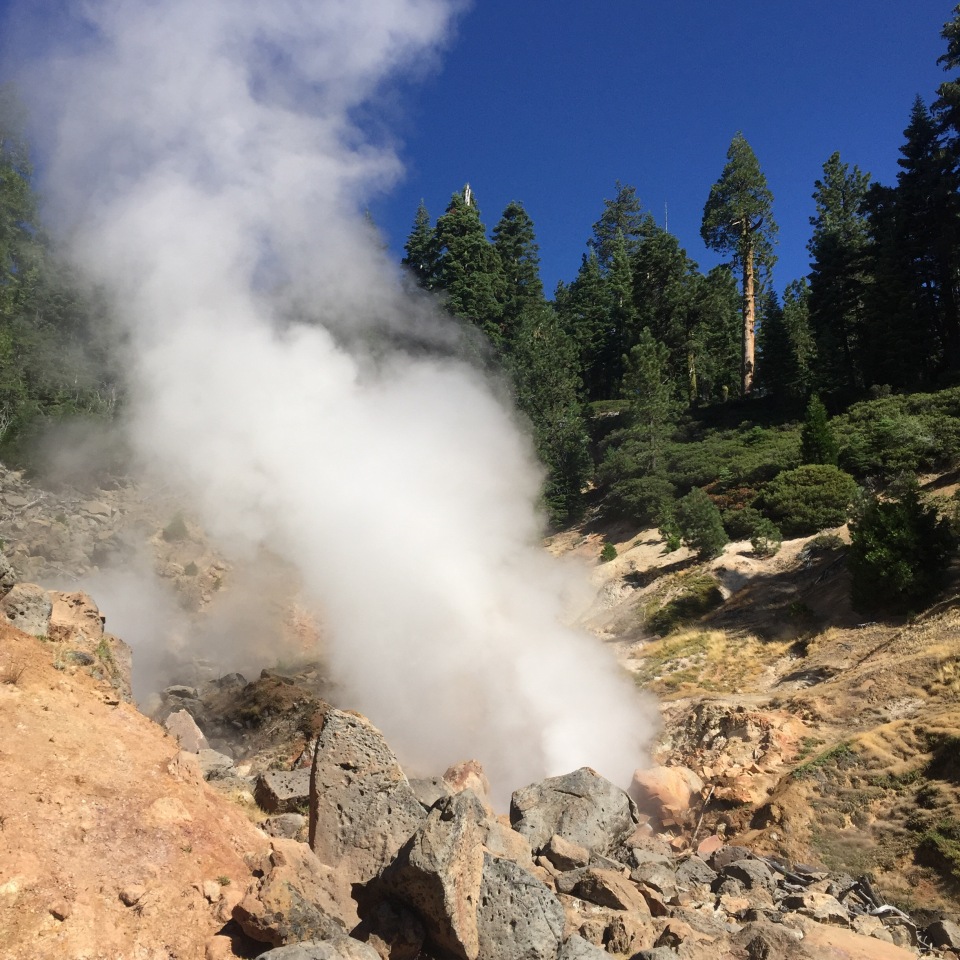 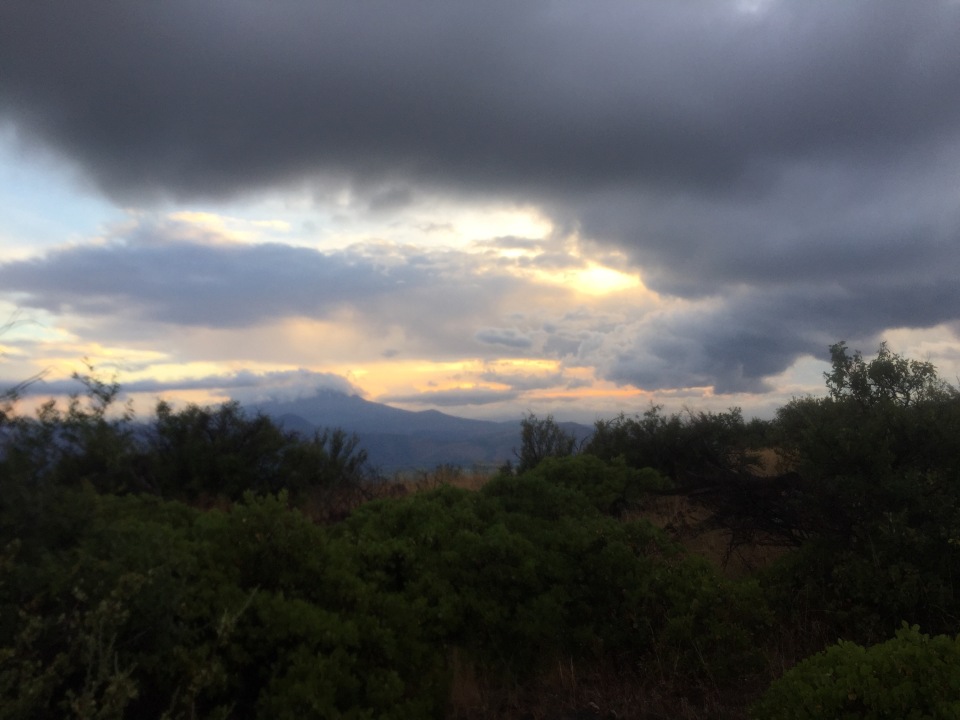 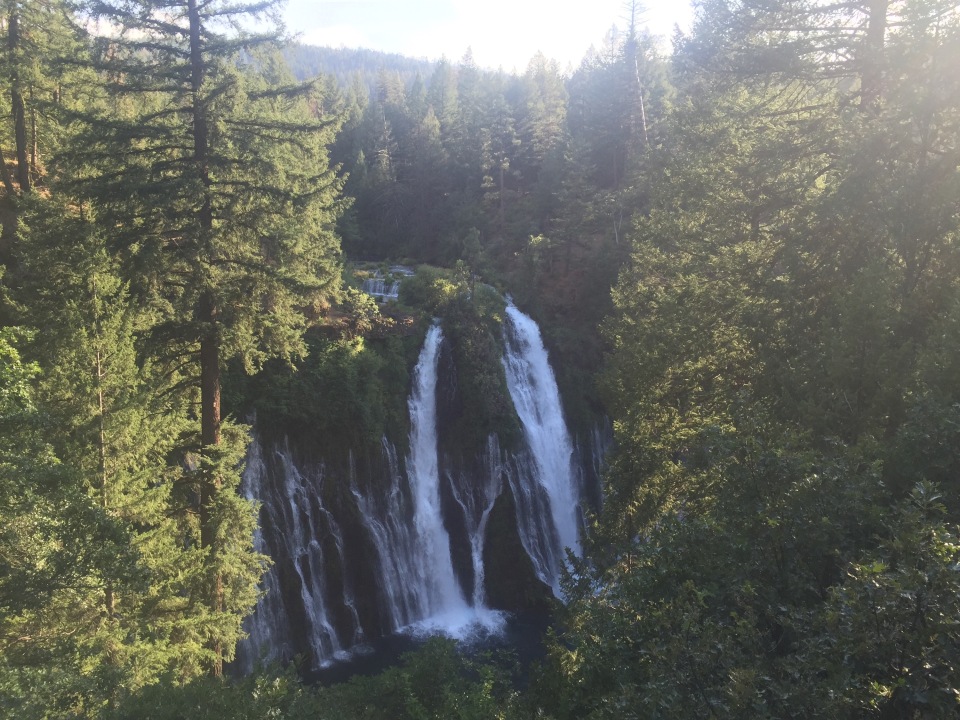 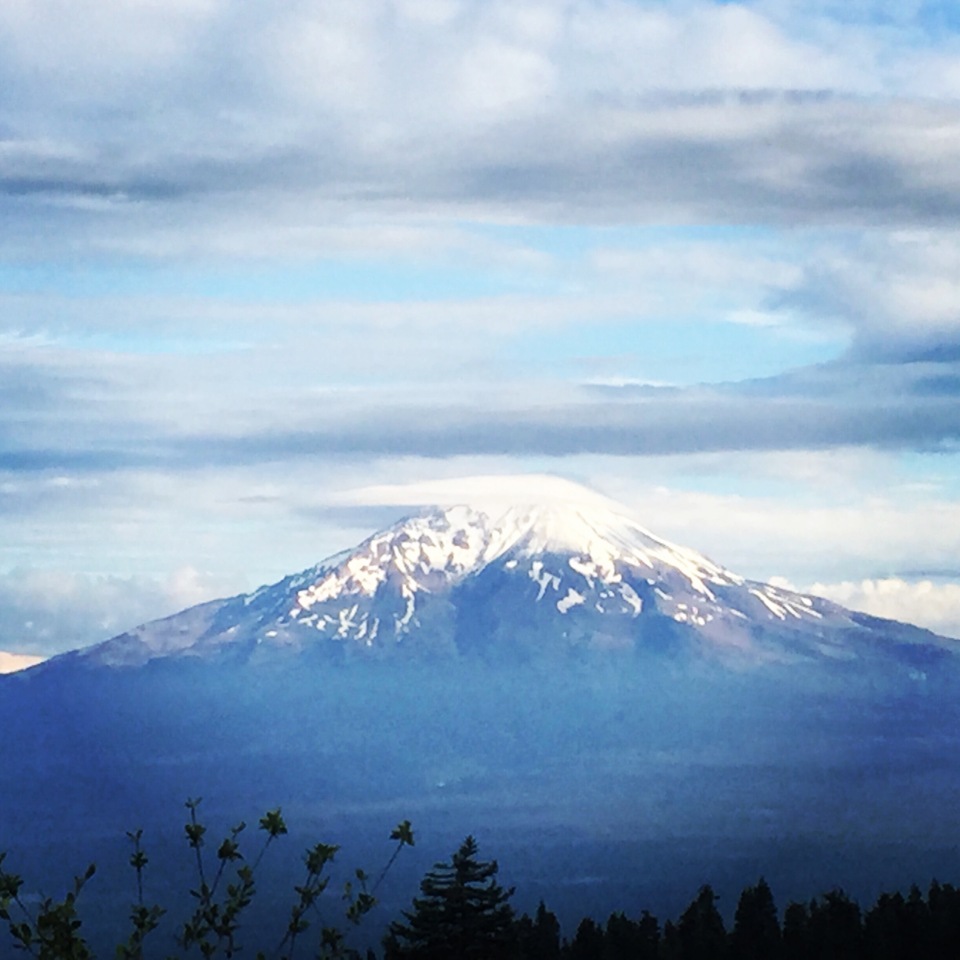 ← Across the Imaginary Line into Northern California
Mazama Village, OR →